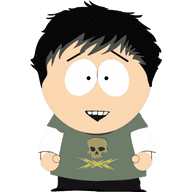 Few days ago, I gave myself a present, which (at the very beginning) I was planning to power up with OSMC and use it as HTPC. However, in a meantime I had to switch my apartment, and put my worn ATOM server offline for couple of hours - necessity I didn't like very much. This, and the fact that my server got very noisy (I suspected power supply fan) convinced me to start looking for something new. And then I thought - "Hey! I've got this awesome, little fella - I can attach Ethernet to it (or WiFi Dongle and LTE Hotspot from my phone) to it and never worry about noise or being offline again!". And I did, however installing custom Debian distribution, wasn't as trivial task as I expected...

In theory, when following this guide, you don't need a monitor and keyboard to set up fully functional RPI2 Server. However they are very helpful, when something doesn't go as planned :-). This is especially truthful, when you are trying to set up WiFi networking and you are using some non-standard chipset WiFi dongle.

I strongly recommend, to use some kind of virtual machine, for this setup. This will save you from polluting your global system with packages, which you probably won't need anymore. The easiest solution is to use Vagrant with VirtualBox since they are both multi-platform and easy to set up.

If you do this, all code examples below (unless stated differently) will reflect to Vagrant root environment.

First of all, we need a properly partitioned image file, which later on we will copy to the SD card. Raspberry PI doesn't come with any kind of BIOS or low level boot-up system - everything is loaded directly from SD Card. Moreover RPI expects a FAT partition with firmware files at the very beginning of the SD Disk. But first things first - let's install all the necessary packages:

Now we can setup the initial partitioning.

We need to create two partitions. As I mentioned, the first one needs to be FAT16 partition (type e), the second one a Linux one (type 83). So, to do this in fdisk invoke:

Next step is mounting those partitions as virtual devices and make filesystems on them:

If you have problems with partitioning the file using kpartx, try to move it outside from /vagrant dir to some place in virtual filesystem (homedir is fine), follow this guide, and then copy .img file back to /vagrant.

After that, we have two directories: boot which will contain all RPI Firmware, and root which will contain our desired distro (Debian). Now, it's just a typical Debian bootstrapping. Since Raspberry Pi 2 finally supports ARMv7, we can safely use Debian armhf architecture, and have all goodies like hardware floating points, out of the box.

Next we need to set a minimal set of configuration files, to actually boot our disto.

Note: In code headers, I used absolute paths in relation to your RPI root directory, so if you want to set up /etc/fstab you need to edit root/etc/fstab (if you followed this guide).

First is /etc/fstab which is used to mount initial partitions (boot and proc system).

We also need to set up urls for Debian repositories, so we can download and manage system packages.

You can do it manually, but I strongly recommend to use Hexxeh excellent tool.

And that's it! At this point, if you have a monitor, you can flash your SD Card, plug it in to your Raspberry, and see if your Debian boots up. If you also have a keyboard, you should be able to log in to it as well, and do the following steps from there. Otherwise, keep using your rpi.img.

You can skip this step, if you already booted up your system and configuring it from there.

Beforehand we need to mount /dev and /proc filesystems, to create a fully functional chrooted environment.

Then, all is left is to simply type:

At first, disable installation of recommended packages - for example, most of the time, we don't want 3/4 of Xserver while installing vim.

Next we need to setup a minimal dose of packages, which are necessary to use our distro — locales for basic UTF8 language support, and openssh-server to allow us to actually sign in to the machine. I also recommend to install ntp to avoid any timestamp-based confusions.

If you plan, to configure your system with Ansible or some other auto-tool, it's also a good idea to install sudo, python and aptitude.

Easiest case scenario is Ethernet with DHCP. Keep in mind, that if you don't plan to use ethernet at all (only WiFi), you should skip this step, as it will slow down boot up of Pi significantly (the machine will try to establish ethernet connection for over 60s). Otherwise, all you need to do is add following lines to /etc/network/interfaces:

It's a good idea to force nameservers (i.e. to OpenDNS as in example above) - many providers, are setting default DNS servers to Google DNS, which is not the best choice.

To make dns-nameservers directive actually work, you would need a resolvconf package.

And that's it. It's getting more complicated if you want to configure a WiFi network as well.

In my case, I used a WiPi WiFi adapter. If you have a different one, you need to use a proper firmware instead of the one which I used.

At first, you need to install all necessary dependencies...

... and configure a network interface:

Last thing is configuring all networks you wish your Raspberry to connect. This is very convinient, if you plan to move your machine between home, work etc. - you can configure all trusted networks credentials, and later - just power on and be online.

It's good idea, to do the cleanup after finishing the image.

Now you can exit the chroot (and VM if you used it), and flash your SDCard. In OSX you can do this by:

Notice, that for dd I'm using /dev/rdiskX instead of the /dev/diskX. It's because how OSX handles disk devices. You can read more here if you are intereseted.

In Linux it's as simple as typing:

Put your card into your Raspberry and boot it up! If everything goes well, you should be able to SSH to it. If you haven't use monitor and keyboard, you might end not knowing which IP address SSH to. The easiest solution for this problem is use nmap to detect all open hosts in your subnet, then check which one responds to root user with raspberry password.

Don't forget to change your root password (or disable root login at all) and to secure your system after you sign in! The next thing, you might notice is, that your Linux partition is pretty small (768MB). This is due to fact, that the original image was created as small as possible, to reduce flashing time. Thankfully, you can expand it pretty easily.

Few days ago, Debian Jessie came out. I checked this guide against it, and everything should work out of the box. However, few slight alterations are necessary: